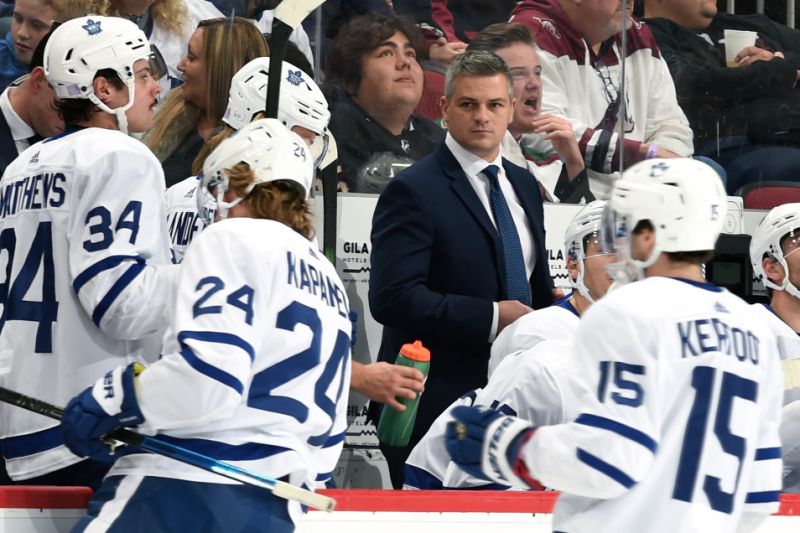 Thursday November 21st, 2019 marked the start of the Sheldon Keefe era with the Maple Leafs. You couldn’t have scripted a better debut for the rookie coach, as the Maple Leafs put on a dominant game to win 3-1 over the Arizona Coyotes.

Tyson Barrie’s first goal of the seasson was probably one of the best moments of the game. Barrie on top of scoring, showed flashes throughout the game of the player we all envisioned when the Maple Leafs acquired him in the Nazem Kadri trade. This was a player who seemed lost and had little confidence under Coach Babcock, Barrie rewarded his rookie coach with a strong game after being given a new lease on life in Toronto.

A student of Keefe’s from his time with the Marlies, Pierre Engvall scored his first goal of his NHL career (a shorthanded one no less) and Auston Matthews with his new found freedom and icetime also struck for a goal.

But the one aspect that was undeniable was the Maple Leafs played with energy, structure, and determination. Gone in the first game under Keefe, were the lazy penalties, anemic penalty kill and sloppy defensive zone coverages.

What also emerged in game one under Keefe  quite instantly was the Maple Leafs strong forecheck. The Maple Leafs at times were playing a game of keep away in the Coyote’s zone, where on more than one occassion they buried the Coyotes in their own zone for what seemed like forever (one shift in particular was about 50 seconds long in Coyotes zone). Finally, it was great to see the speedy fun Maple Leafs back again.

I know what some of you are thinking, this is just one game…Cool your heels already. But there is a history of strong communication with players, playing up player’s strengths, structured yet adaptable game plans, and high energy play across each of Keefe’s previous stops from his days with the Greyhounds to more recently with the Marlies.

This track record of success can only bring brighter more successful days ahead. If the Maple Leafs can resemble anything like last night on a consistent basis, they will win games than they lose. Isn’t that all we can ask for in a coach?

Sheldon deserves a lot of credit for the game last night, and I am anxiously awaiting his encore as the Maple Leafs take on Nazem Kadri and his Colorado Avalanche tonight at 7:00pm.

@mapleleafs have signed has signed forward Kurtis Gabriel to a one-year contract worth $750,000.
@MapleLeafs have signed Michael Bunting on a two-year contract with a value of $900,000 per year.
As per @kristen_shilton: #leafsforever have acquired the rights to D Brennan Menell from MIN for a conditional 7th rounder in 2022
BREAKING: Elliotte Friedman is reporting that the Leafs & Oilers have a trade in place that would see Zach Hyman become an Edmonton Oiler upon the trade freeze lifting.