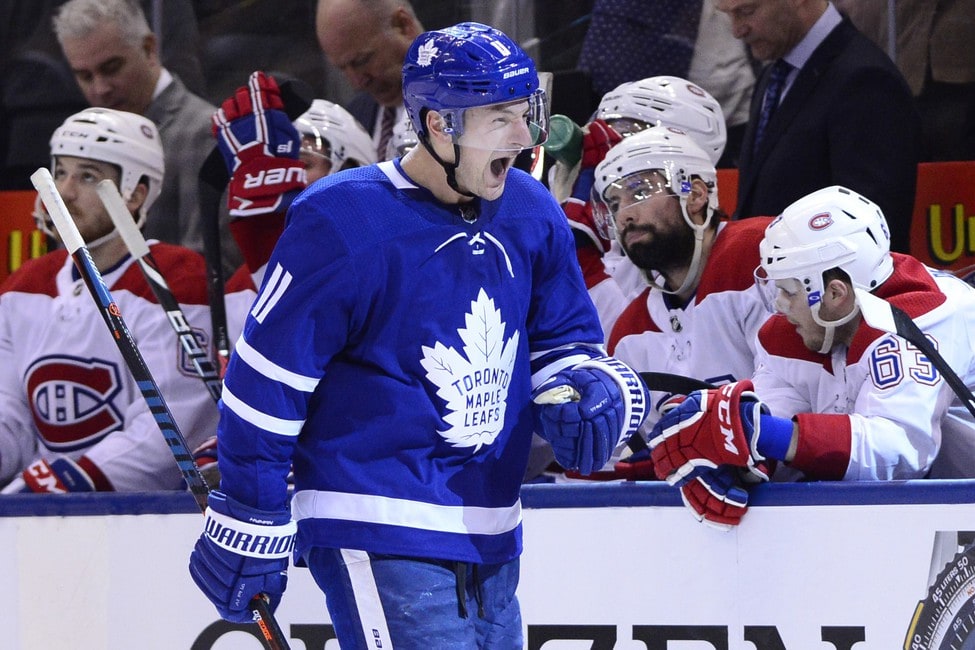 Since the June 19th, 2015 trade of Zach Hyman to the Maple Leafs, so much has changed for Zach and the Maple Leafs. Back then the Maple Leafs were just embarking on rebuilding a broken franchise, one that was too old, too slow frankly not at all talented with a “give a shit meter” not even registering. This trade at the time barely registered with most feverish of Leafs fans.

At the time of the trade, those who liked old-school hockey found very little that appealed to them with Zach initially as his style of play wasn’t one that echoed the famed “Rock’em, Sock’em” days, and for the modern day fan of speed & skill they too at the time found little they liked about Zach and couldn’t understand why he was on a line with Auston Matthews & William Nylander.

Patience was preached when it came to Zach, as you would have had all the hints of what Zach could be if given the right opportunity and teammates from his days in College. Let’s fast forward a bit to what a career it has been since for Zach as he has become one of the most dependable players on the team, called upon to be the spark plug on any line that isn’t playing to its potential to picking up huge minutes on the Maple Leafs Penalty kill. Let’s not forget how much of a fan favorite he has become as well for his work ethic and dog on a bone approach to his game.

But herein lies the conundrum for the Maple Leafs and Zach Hyman, Hyman is set to become an Unrestricted Free Agent and would command a pay raise on his current contract of $2,250,000. But what does that pay raise look like for a player who has produced like Zach has and for what term is the question facing both camps during these negotiations.

To make matter worse for these negotiations is that Covid19 has impacted the business of hockey, the salary cap will be staying flat for the next 2-3 years if not longer to help ease the financial impact the pandemic has had on league revenues, with so many teams up at the cap ceiling there doesn’t appear to be a lot of money to be going around the next few summers to players hoping to cash in on their next big contract.

So how does one weigh this reality against what Hyman brings to the team? That is a hard one, but everyone’s initial reaction is “Pay the man!” Pay him whatever it takes to keep him a Maple Leaf, we are seeing numbers tossed around of $6 million+, nothing against Zach but that type of emotional reaction to a contract negotiation could cripple the team’s cap flexibility.

So what would be a fair and logical contract for Hyman? When looking at comparable players in the league, one that stands out the most is Tampa Bay Lightning forward Alexander Killorn. Killorn signed a 7 year contract in 2016 with an average annual value (AAV) of $4.45 million per season, Killorn has been a consistent 15-20 goal scorer, 40-50 point player for the Lightning while playing a relatively heavy grinding game much like Hyman.

For the Maple Leafs to be able to keep in line with this AAV or a more cap friendly range, a little longer term would go a long way at making it attractive to Hyman and his camp to sign off on. What also is in the Leafs favour is my belief that Hyman will take a slightly lower salary if that meant it kept him with the Leafs. By all the indications Hyman appears to love playing for his home town Maple Leafs, is beloved by management, coaches and teammates alike. So, why leave?

The belief that the grass is greener on the side isn’t always the case, and for a lot of players, they find they land in bed of thorns; So with all that said, I see Hyman’s contract coming in at $4-4.5 million on a 5-6 year deal. This should make all sides happy and keeps Hyman in a Maple Leafs’ uniform long term but also allows management the salary flexibility to augment the roster in the off-season where additional roster questions will need to be answered in goal and depth for the bottom 6 of the forward unit.

At the end of the day Kyle Dubas has shown a knack at always getting his man and Zach Hyman’s continued desire to play for his childhood team, I don’t expect this to be a difficult negotiation, but I wouldn’t expect anything announced until after the expansion draft. So we will need to be a little patient, there should be no cause for concern if it indeed took that long for this contract to be signed.

We discuss the Maple Leafs clinching the North Division title, Frederik Andersen, the march to the playoffs and so much more! LATEST POSTS FROM CENTRE OF LEAFS NATION

In today’s podcast, we are joined by Sportsnet’s own Justin Bourne. We get his thoughts on William Nylander, Frederik Andersen, Rasmus Sandin and so much more! LATEST POSTS FROM CENTRE OF LEAFS NATION

We look at a dominant two game mini series against the Winnipeg Jets which pretty much solidified the Maple Leafs placement a top the North Division. We also look at the immediate impact that Nick Foligno had on the Maple Leafs top line, the play of both Joe Thornton, Wayne Simmonds and so much more!… END_OF_DOCUMENT_TOKEN_TO_BE_REPLACED

Well folks, this is it! If they are going to do the thing we so ever desire, this group of hockey players will be the ones to do it. The NHL Trade Deadline has passed and Kyle Dubas was as busy as he’s ever been since becoming the Toronto Maple Leafs General Manager. Let’s take… END_OF_DOCUMENT_TOKEN_TO_BE_REPLACED

Something went wrong. Please refresh the page and/or try again.

Mark your calendars 🗓!
After making a late game comeback, the @mapleleafs lose 4-3 in overtime to the @senators. A horrible giveaway by #marner cost the #leafsforever the additional point. #tmltalk
Battle of Ontario:
Check out our preview of today's podcast! For the full episode head to @spotify @amazonmusic or anywhere else you listen to your favorite podcasts! 🎧🎧🎧